Music is more than just art: the influence of the Detroit in Donna Mays's new album 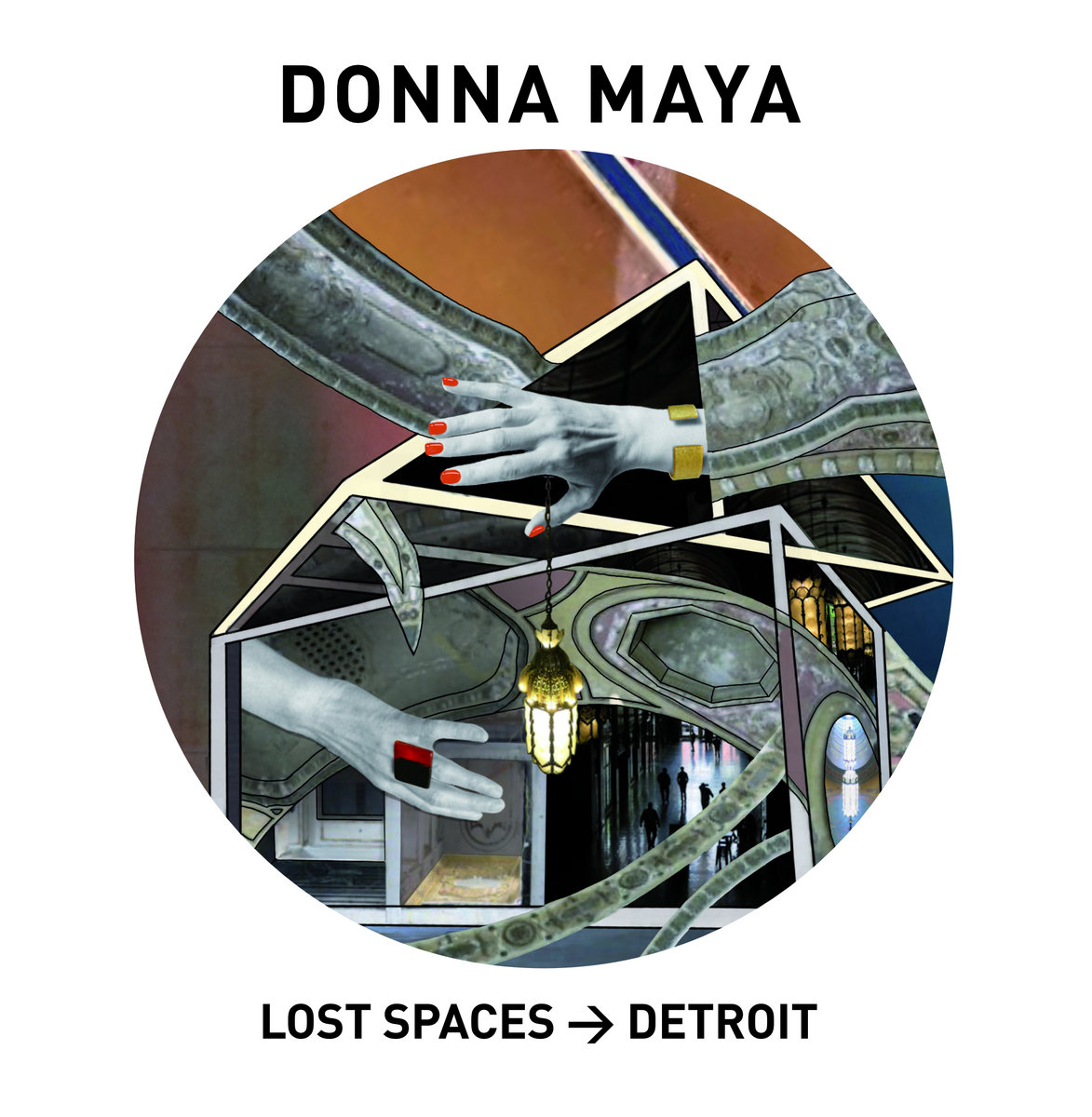 Donna Maya is a Berlin-based artist who combines experimental electronic sounds and contemporary beats with the theremin - one of the oldest electronic music instruments. Maya’s new album Lost Spaces→Detroit captures her visit to the rust belt city, with field recordings sculpting musical portraits that highlight the contrast between former purpose and present state.

Starting out as a DJ and an instrumentalist playing drums and keys in bands, Donna Maya soon became interested in studio techniques. After finishing a diploma in sound engineering, Maya moved to New York where she worked at Unique Recording with the likes of Run DMC and Tricky. After two years of recording other artists’ work, Maya decided to set up her own studio in Germany and focus on creative work, which spans DJing, producing, composing soundtracks and turntable concerts for a philharmonic orchestra. As a live performer, Maya played at events such as Berlin Atonal, Transmediale, Sónar and Heroines of Sound. She has also collaborated with other artists including the Hamburg producer DJ baze.djunkiii and the dancer, choreographer and producer Mila Chiral.

Maya is active in the local electronic music scene and supports other producers and female artists. As a certified Ableton instructor, she co-organizes Ableton User Group events; she’s also a member of the female:pressure platform as well as Minutektiv, a group of female and trans producers who meet regularly to make tunes together within self-imposed constraints. She also participated in the compilation CARE! released as a support of Seawatch and in 2020, she founded a record label Sound Sister Records in order to release music more independently. For Donna Maya, music is more than just art; as she puts it, it’s “a contribution to the political dialogue”.

In Donna Maya’s attitudes towards music production are reflected in her various types of work experience. Club-soaked beat-making meets a soundtrack-creating approach of inducing evocative moods, combining field recordings, music gear and the theremin. In her latest album Lost Spaces→Detroit, Maya blends all these aspects into a coherent unit with a haunted atmosphere; an evocative soundtrack for a trip through the abandoned areas of the city.

What is the value of culture? How are spaces used? Which of these spaces do we agree has vanished? Those are the questions running through Donna Maya’s brain when making the album. Four years after Detroit’s bankruptcy, the city core already has started the process of revitalising, largely by gentrification. Yet many areas have remained vacant and many buildings abandoned, leaving Maya shocked and fascinated. And it’s these desolate spaces which used to write the industrial and cultural history of the city that inspired her latest long-player. Maya captured their acoustic blueprints with a recorder, chopped them up and then reconstructed them into sonic impressions with an industrial sound palette, beats and the theremin.

The nature of the record is gritty and raw; the rhythmical aspect of rusty beats reminds me of Radian, the precision of blending sounds of such contradictory textures made me think of notorious beats from the likes of Grischa Lichtenberger. The album opener ‘Ford Factory’ is slow paced, yet pressing, dedicated to a famous (and now abandoned) manufacturing complex. The theremin emulating a police siren crosses paths with surges of sounds of rusty metal, rattling and drilling, as if the walls of the building could call up the whirring reflected on them in the factory’s busiest days. More tracks seem to mix up the sound of present with the past, such as a dancy ‘Cadillac Boulevard,’ where abrasive, metal sounds clash with sub bass, transforming the boulevard into a dancefloor; or ‘Michigan Theatre’ - addressing the opulent culture spot converted into a parking garage. We hear the sound of ‘Warning!’ and a car motor starting, but we don’t leave the premises. Instead, the spirit of the theater paces our steps with a marching drum, murmuring and screaming at the same time, before the drama peels off like flaking plaster, together with the past glory of the music which no longer fills the room.

‘People Mover’ starts with an eerie metallic howling of stuffy air in a dark tunnel. Then a melodic pattern opens up before it’s choked by a pulsating beat, reappearing in an imperfect repetition, like passing the tracks when you’re on a metro train. The track ends with the station announcement blending with howls of ghosts of out-of-service train wrecks. ‘Michigan Central Station’ mixes field recordings of a locomotive with an early-Kraftwerk-like beat, cut up with shards, eventually all being shattered into pieces. In ‘Fisher Building,’ a dark pulse becomes a fever swishing in your ears and mingles with a raw saw wave of a synthesizer. The mixture bubbles up, effervescing and sizzling, until it transforms into green fumes.

In 1827, Detroit adopted a forward-looking city motto: “We hope for better days; it shall rise from the ashes.” I too hope for the city to rise back up, having the sense of liveliness and prosperity captured in art as much as it had its decay captured in the last few years. But for those who do find beauty in ruins and are drawn to an eerie atmosphere and industrial sounds, Lost Spaces→Detroit is a real treat.

Lost Spaces→Detroit by Donna Maya was released on September 11, 2020 via Sound Sister Records.